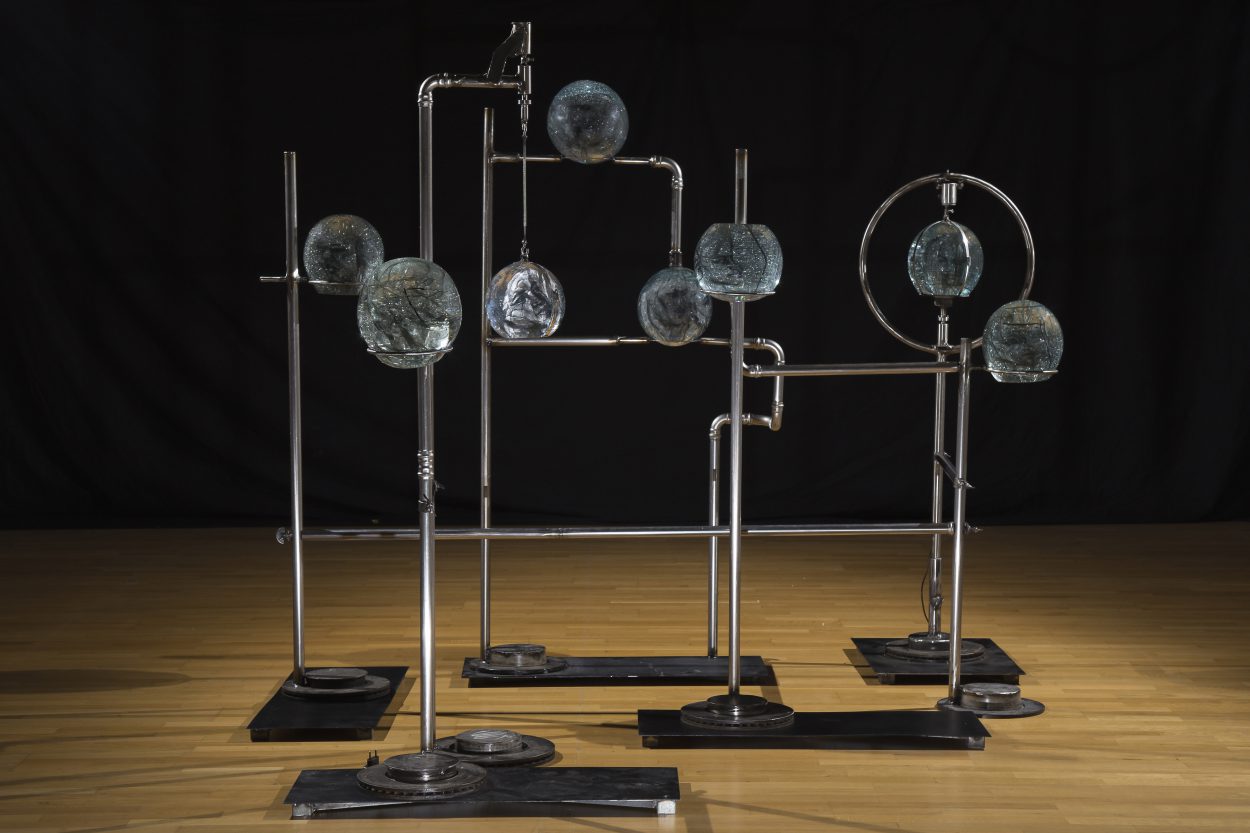 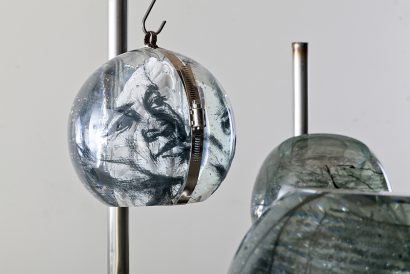 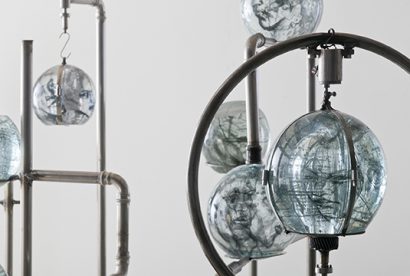 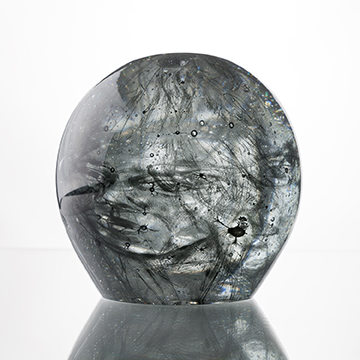 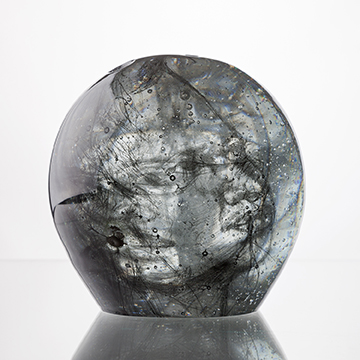 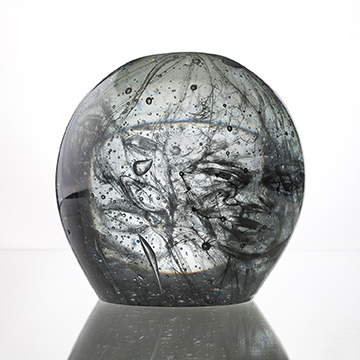 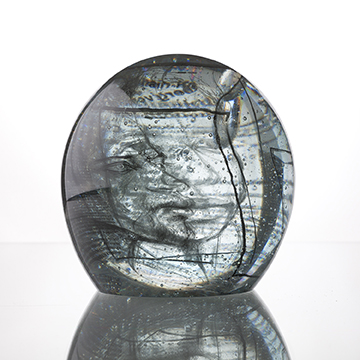 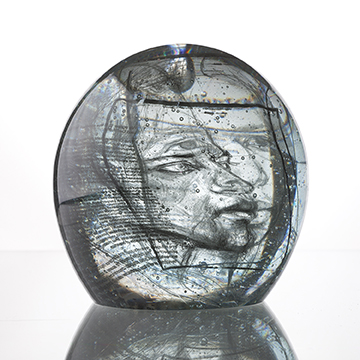 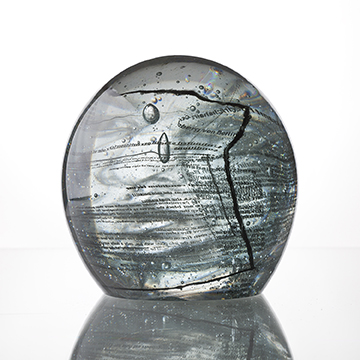 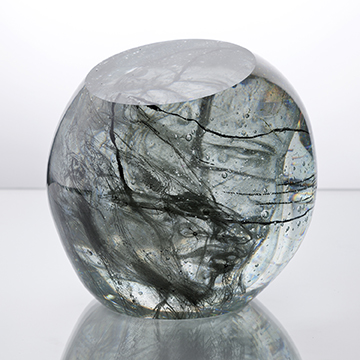 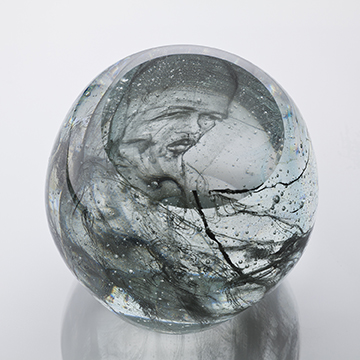 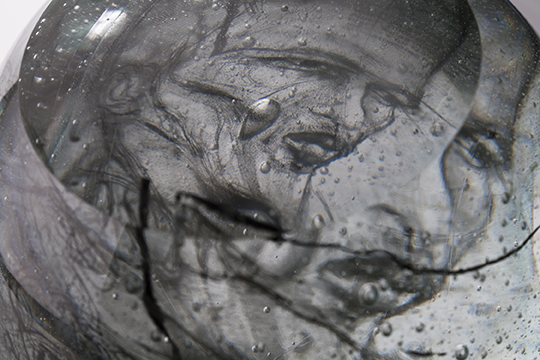 Through the spatial movement, asylum seeking people are situated in an interspace. The new country is not willing to integrate structurally but also in their old home country people are uprooted. How does this in-between stadium full of questions affect a person and what happens to the cultural identity?

The “O-Platz. Interstitial Identities” by Claudia Virginia Vitari represents the most recent stage of 10 years of artistic and theoretical research, focused on the relationship between identity, narratives of inclusion/exclusion,”total institutions”, regulation of bodies and production of humanity and inhumanity. This artistic experimentation began with the cycles “Melancholie” (2002) and “Percorso Galera” (2007-2009), starting from experiences in the psychiatric hospital of Halle an der Saale in Germany and “Lorusso e Cutugno” penitentiary in Turin, Italy. This was followed by the project “The Invisible Cities “(2009-2012), inspired by the “non-institutional” experience of Radio Nikosia in Barcelona.
After investigating the forms of both perception/self-perception and representation/self-representation produced by prisons and asylums (“Percorsogalera” and “Invisible Cities”), the artist’s attention shifted to the condition of refugees and asylum seekers.

The Berlin experience of Oranienplatz (O-Platz) arose from the participatory observation of life and protests by a group of refugees.  These refugees, mainly from African countries, but also from Pakistan, Iran, and Afghanistan, gave life to a permanent garrison that, for months, coordinated demonstrations which started from the occupation of the Berlin square. With a work of observation and graphic documentation the artist has collected information, portraits, stories and biographies of people seeking asylum, converging them with the exhibition.

“O-Platz. Interstitial identities” has been translated into a moving installation in metal and glass. The 8 glass spheres have been screen-printed and processed using the “roll-up” technique and the metal joints of the tripods metaphorically allude to both an experimental structure and to the neural path of social and relational synapses. The biographies of asylum seeking people, impressed in the spheres, react with each other through the metal connections, symbolizing constrictive social relationships dictated by the bureaucracy of the host country. The conditioning imposed by forced migration and experiences when arriving in the country of final destination forge identities of individuals, as if they were subjected to a sort of “social experiment”.
The installation thus forms a representation of the space and relationships that emerge in the existential interstitial situation found typical of the condition of a migrant person who lives in a suspended dimension between the place of origin and an undefined arrival space; merging past experiences (country of origin and culture), present (Europe) and future (expectations and dreams).

There is a profound awareness of the anthropological value of institutions and social relationships in the works of Claudia Virginia Vitari. The artist is aware that the “shaping  of the human process” must always respond to what Foucault would define as “microphysics of power”; the dynamics of regulation, and all institutional, communicative and symbolic practices.
These dynamics become evident in the processes of exclusion/marginalization made by the procedures of imprisonment, medicalization and management of migrant people and asylum seekers.